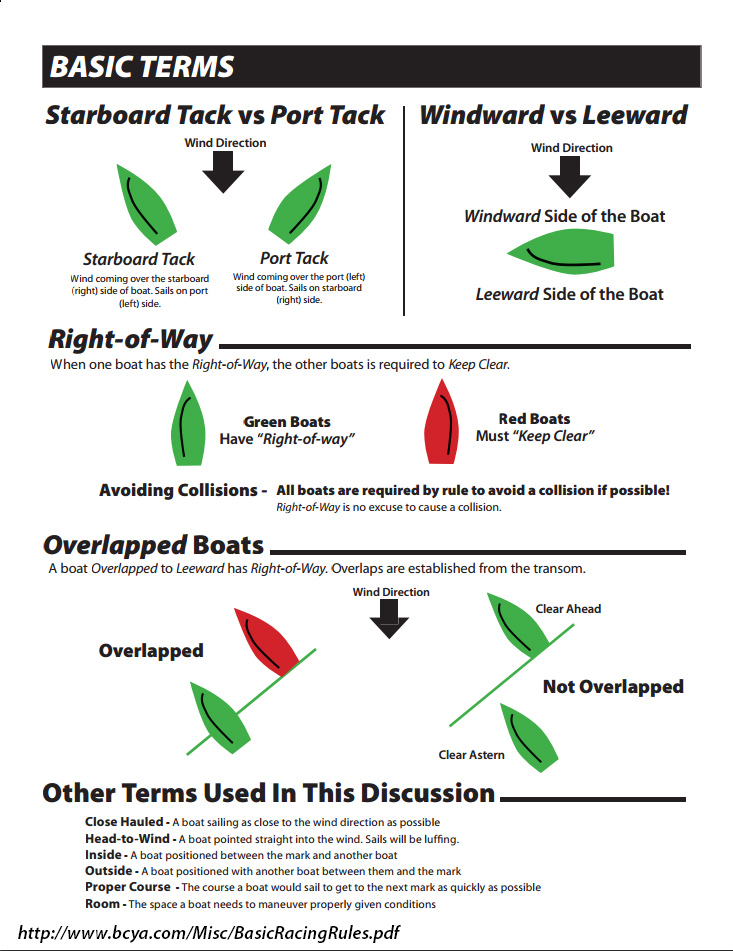 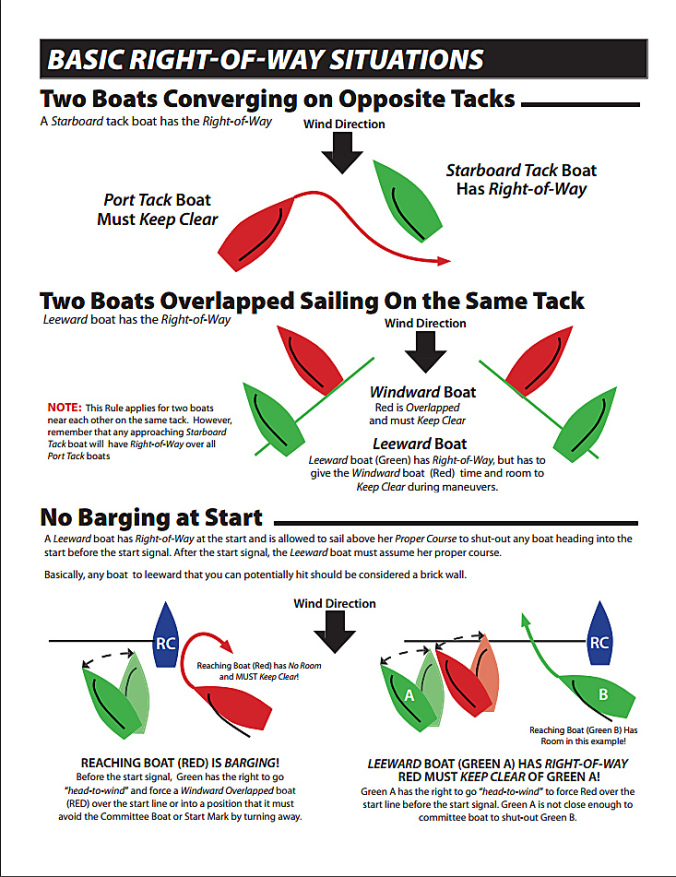 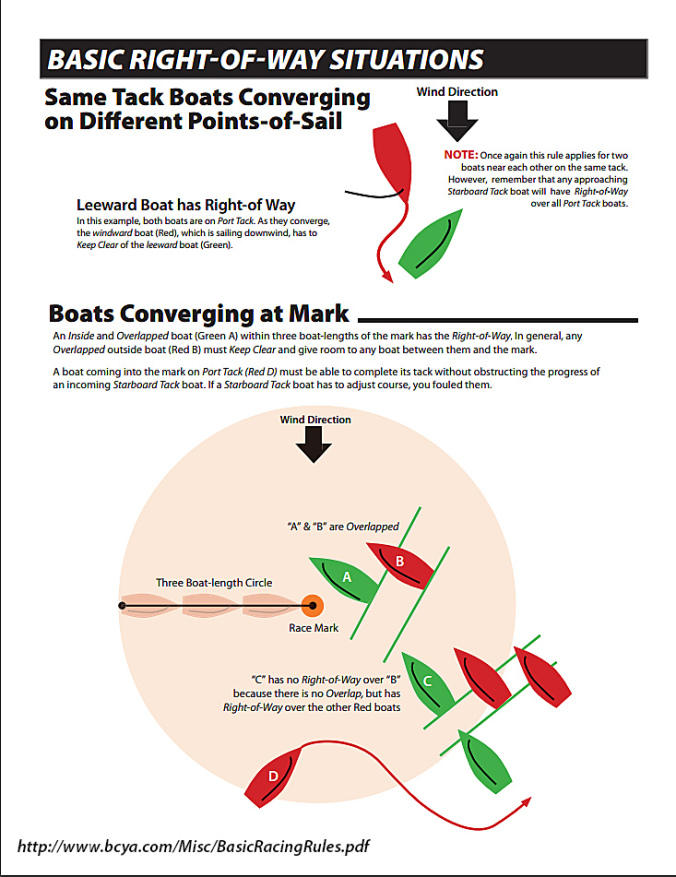 Boats converging at a mark in more detail

Rule 18 applies between boats when they are required to leave a mark on the same side and at least one of them is in the zone.  However, it does not apply 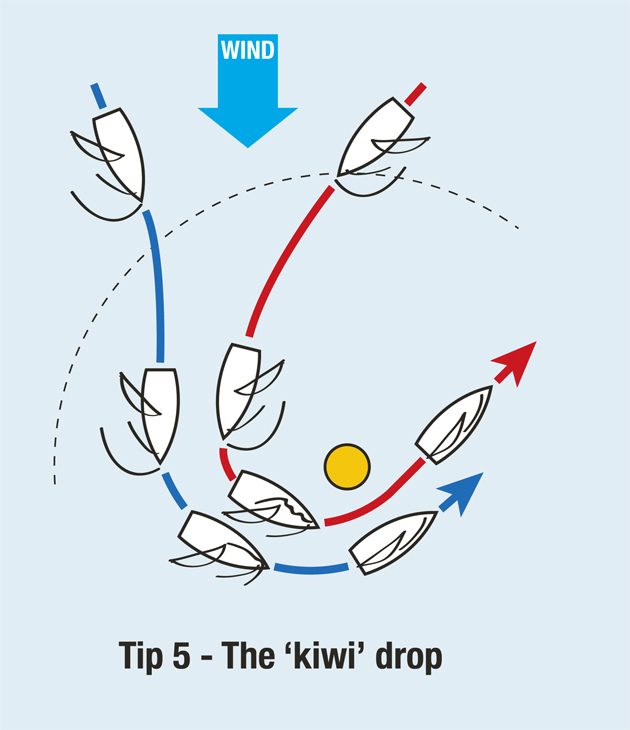 Note the gybing boat (red) has to gybe as soon as practically possible and not delay:

18.4. GYBING
When an inside overlapped right-of-way boat must gybe at a mark to sail her proper course, until she gybes she shall sail not further from the mark than needed to sail that course. Rule 18.4 does not apply at a gate mark.