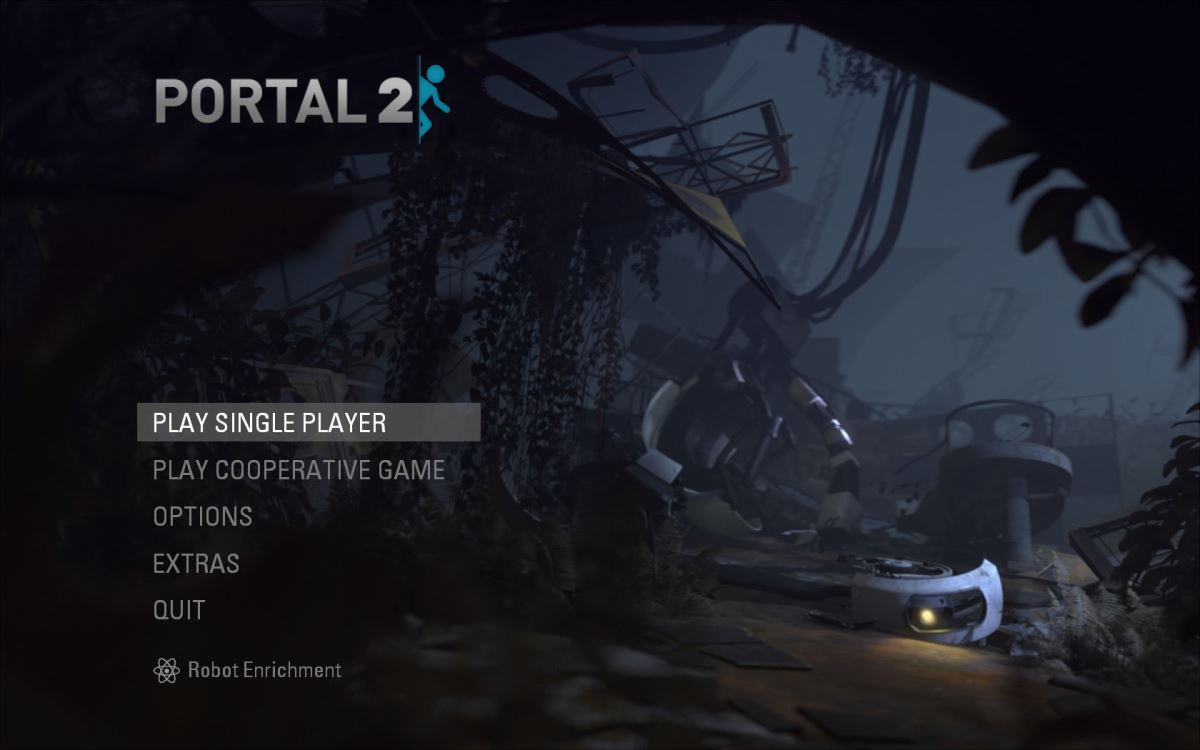 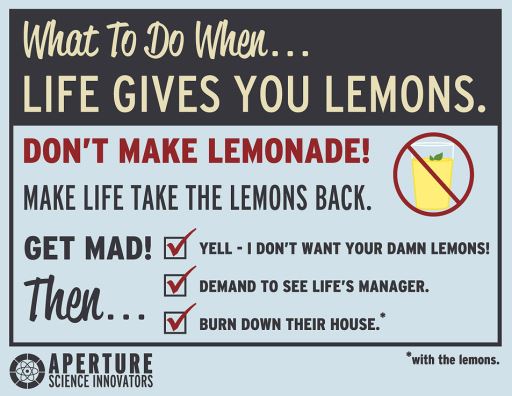 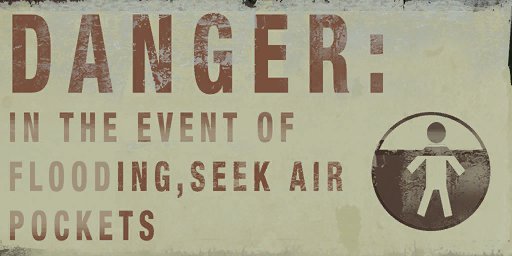 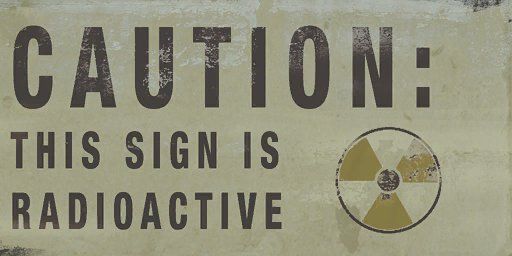 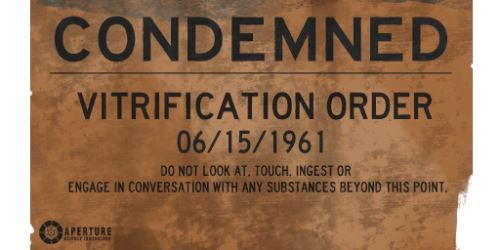 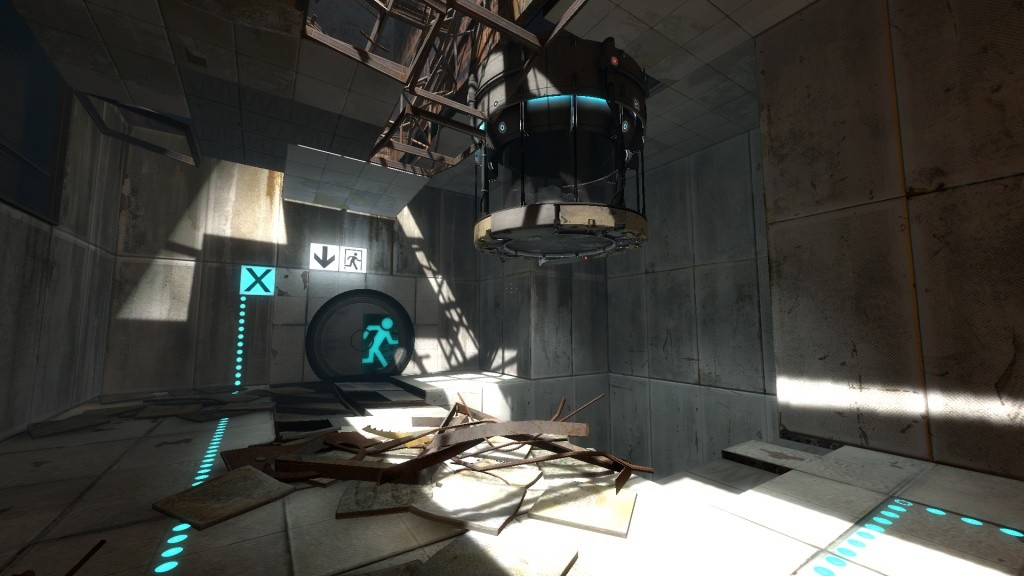 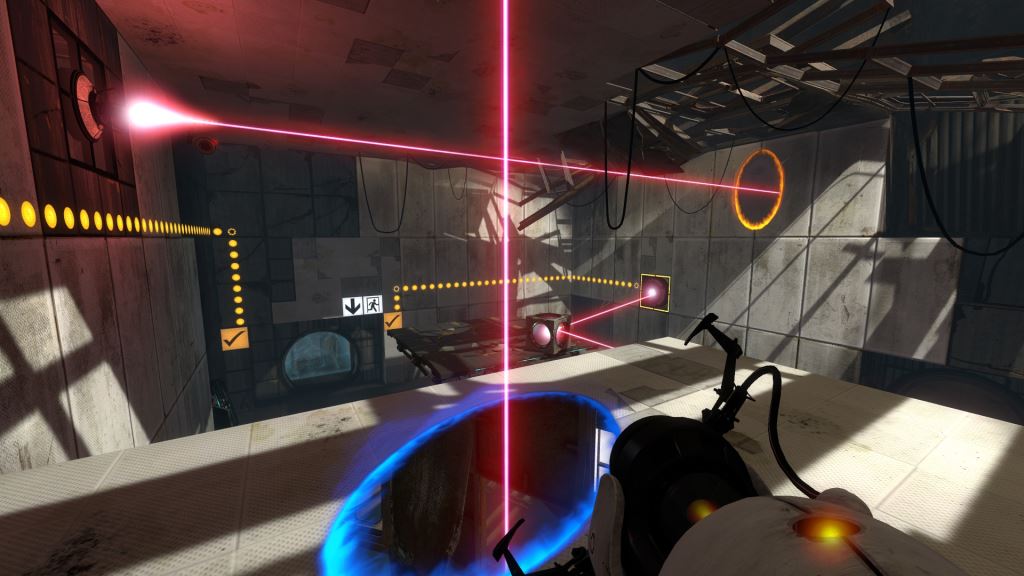 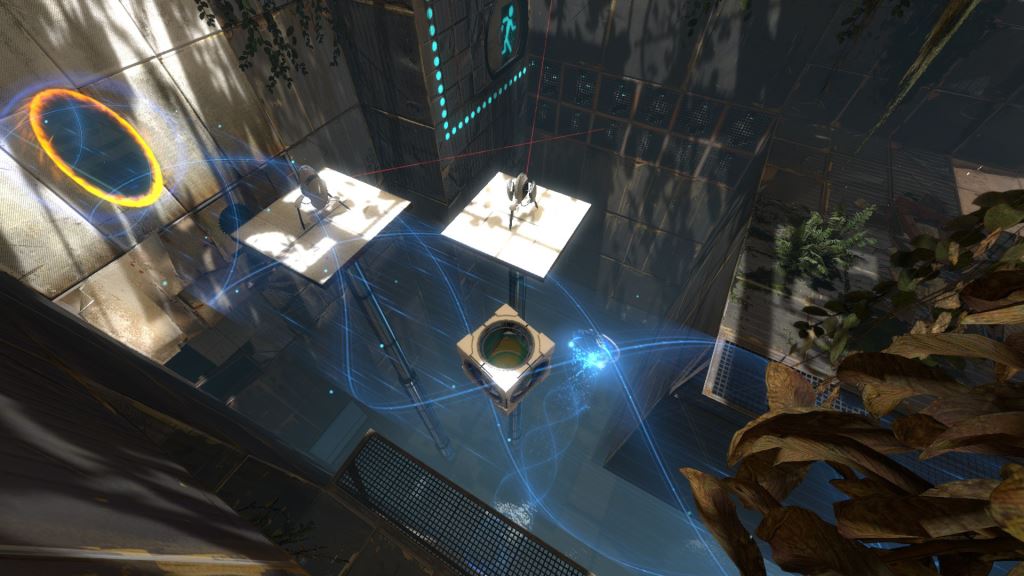 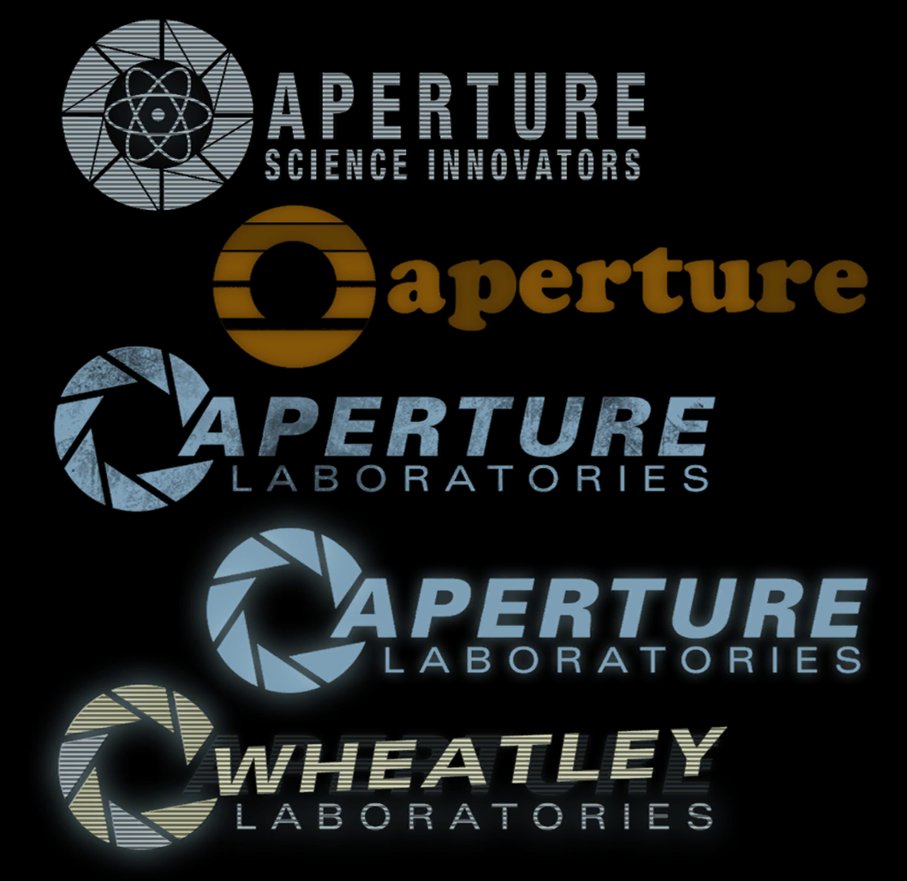 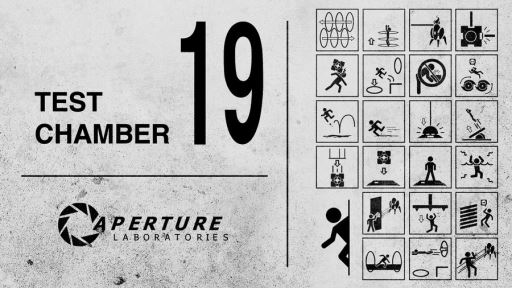 “I was getting so lonely down here. It’s good to finally hear someone else’s voice. I’m kidding of course. God, I hate you.”

“Very impressive. Because this message is prerecorded any comments we may make about your success are speculation on our part. Please disregard any undeserved compliments.”

“Here’s an interesting fact: you’re not breathing real air. It’s too expensive to pump this far down. We just take carbon dioxide out of a room, freshen it up a little, and pump it back in. So you’ll be breathing the same room full of air for the rest of your life. I thought that was interesting.”

“Remember before when I was talking about smelly garbage standing around being useless? That was a metaphor. I was actually talking about you. And I’m sorry. You didn’t react at the time, so I was worried it sailed right over your head. Which would have made this apology seem insane. That’s why I had to call you garbage a second time just now.”

“All right. We’re working on a little teleportation experiment. Now, this doesn’t work with all skin types, so try to remember which skin is yours, and if it doesn’t teleport along with you, we’ll do what we can to sew you right back into it.”

“Just a heads up: We’re gonna have a superconductor turned up full blast and pointed at you for the duration of this next test. I’ll be honest, we’re throwing science at the wall here to see what sticks. No idea what it’ll do. Probably nothing. Best-case scenario, you might get some superpowers. Worst case, some tumors, which we’ll cut out.”

“All these science spheres are made of asbestos, by the way. Keeps out the rats. Let us know if you feel a shortness of breath, a persistent dry cough or your heart stopping. Because that’s not part of the test. That’s asbestos.”

“Good news is, the lab boys say the symptoms of asbestos poisoning show a median latency of forty-four point six years, so if you’re thirty or older, you’re laughing. Worst case scenario, you miss out on a few rounds of canasta, plus you forwarded the cause of science by three centuries. I punch those numbers into my calculator, it makes a happy face.”

“The average human male is about sixty percent water. Far as we’re concerned, that’s a little extravagant. So if you feel a bit dehydrated in this next test, that’s normal. We’re gonna hit you with some jet engines, and see if we can’t get you down to twenty or thirty percent.”