There are only 2 origins:
World origin (0,0,0) in the Global coordinate-system.
Object origin for each object.  You can place the object origin anywhere, even ‘outside’ of the object.

If you go into Edit mode, an object’s origin is….well….the origin, and therefore (0,0,0). Vertices coordinate  values are always relative to the object’s origin. 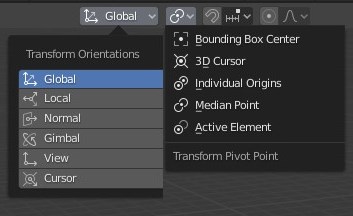 Pivot or Transform Pivot Point  has nothing to do with coordinate systems nor setting an object’s origin.  This is simply which origin to use as the pivot for a transform (move, rotate, scale) or modifier.  For an operation on a single object we will want the operation to perform relative to the object’s origin.  For multiple objects, the default is Median Point (= average of all object’s origins).

When you use the wrong frame-of-reference

The purpose of the following piece of code is to move an object’s origin to its bounding box center.
Note that for a heavily modified object, it’s origin likely no longer sits in its “center of mass (volume).”

For our simple cube, the bounding box center expressed in local coordinate-system coordinates coindices with the object origin = (0,0,0) 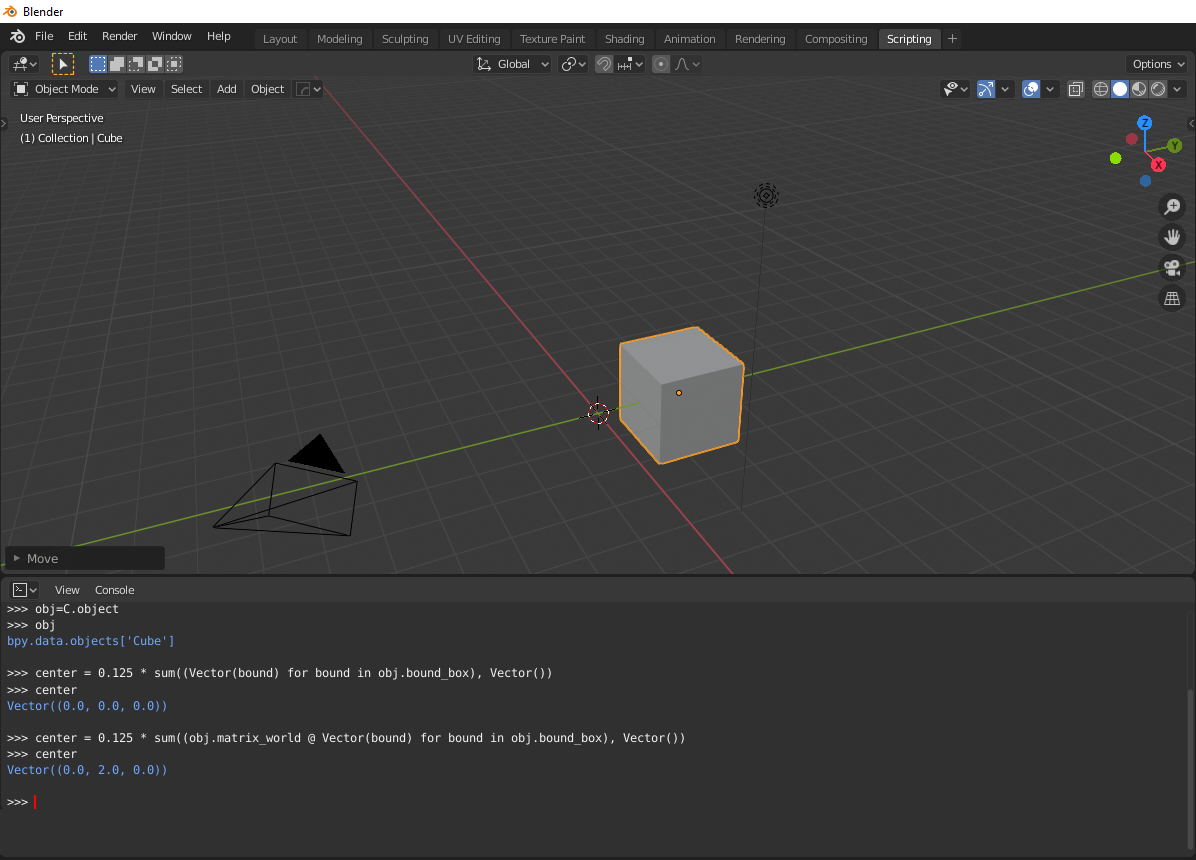 obj.matrix_world @
This Math helper function takes (local) coordinates and expresses them in their world space equivalent e.g. relative to the world origin (0,0,0).

obj.location
Position of an object in world space.  (X,Y,Z) coordinate values are numbers relative to world origin.
obj.location=center
We don’t want to do this here.  Remember center is expressed in local coordinate-system.  It would move the cube to the world origin (0,0,0) which is not what we want.
obj.location=obj.matrix_world @ center
The object’s bounding box center coodinates are expressed using the global coordinate system. 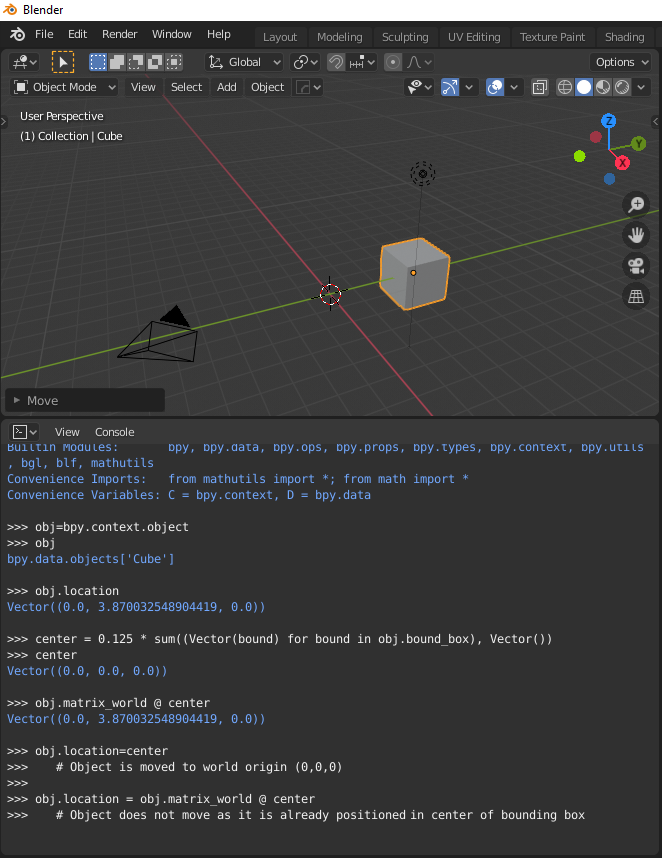 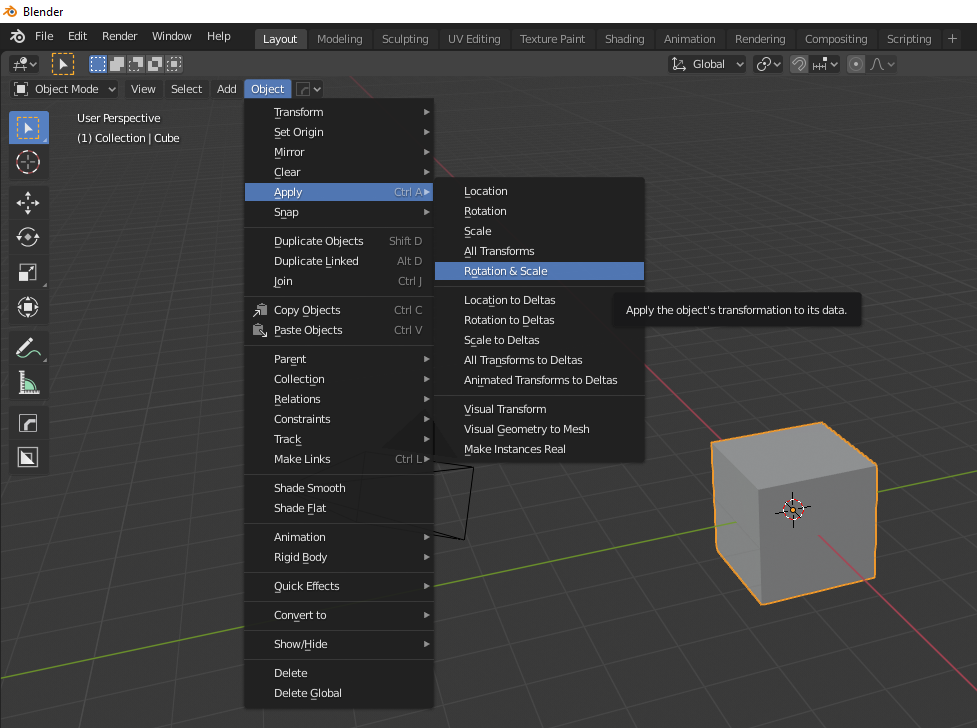 Applying transform values essentially resets the values of object’s position, rotation, or scale, but does not actually do anything to the object. The object origin point is moved to the global origin and the transform values are set to zero. In terms of scale, the scale values return to 1.

obj.data.transform(Matrix.Translation(-center))
‘Same as ‘apply translation’  X, Y and Z position values are now set to zero without the object moving.

The object local origin is set to the world origin and local space coordinates values (… , … , …) for each of the object’s vertices will be incremented / decremented to suit.  The object transformation coordinates are transferred to the object data.

Just got a new car for my wife…great trade