Thanks for a great tutorial!

fSpy is an open source still image camera matching utility.  Here’s an outline of the automated process it helps perform: 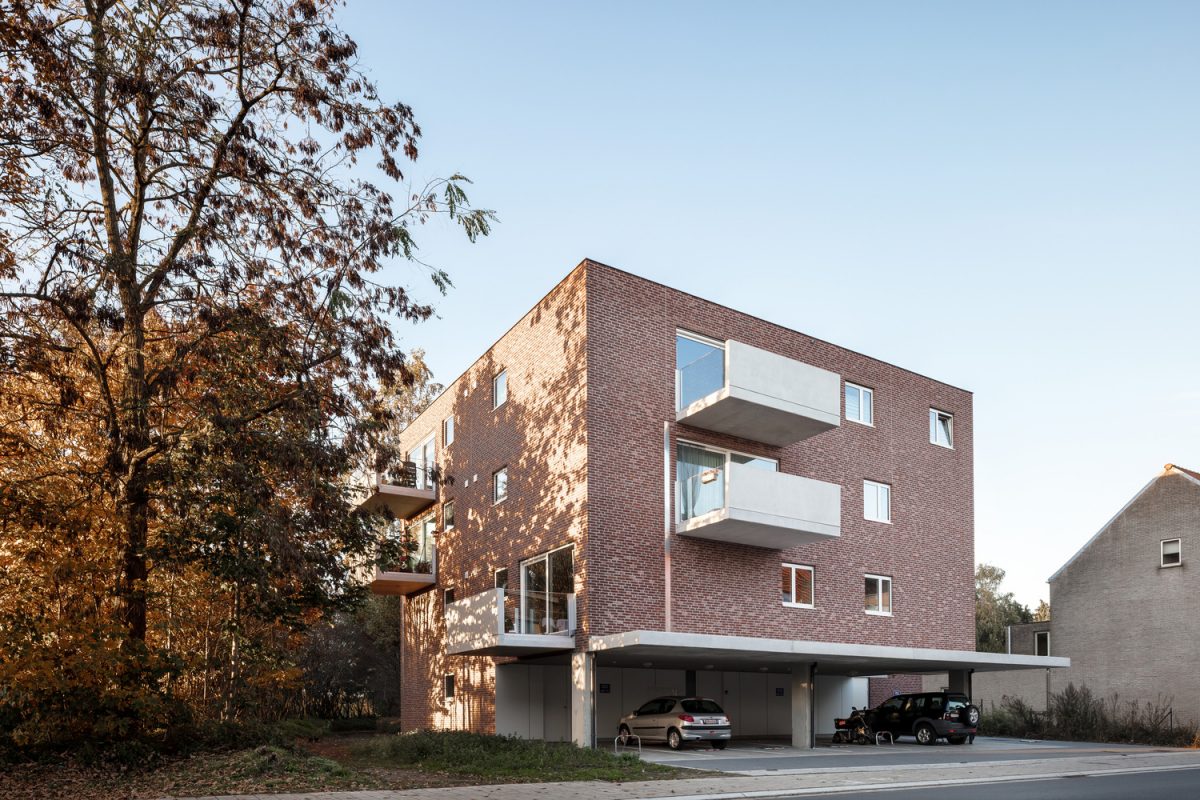 Note: The 3D origin will be placed where the 3D cursor is positioned. 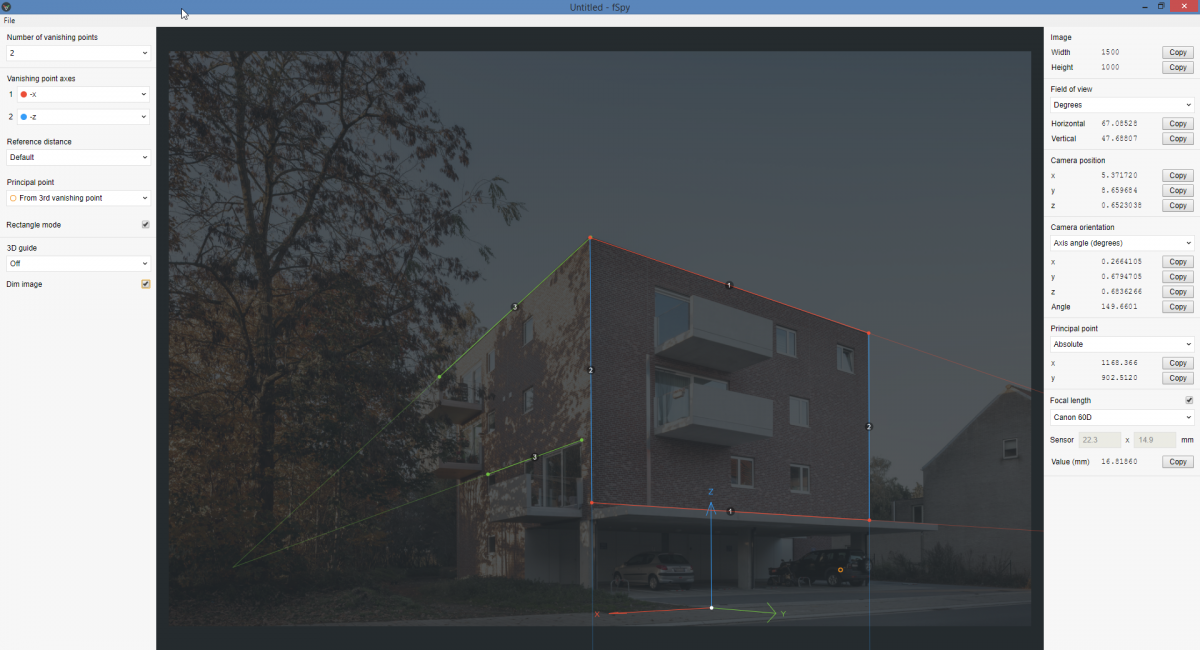 If you want the units / scale of your 3D scene to match real life measurements, you need to adjust the length of one of the arrows of the 3D cursor (X, Y or Z) with an object in the photograph and tell fSpy the length of that object.  You can skip this step if it you can eyeball your 3D objects placed in the scene, where it doesn’t matter if an object is 10cm or 1 meter to scale. 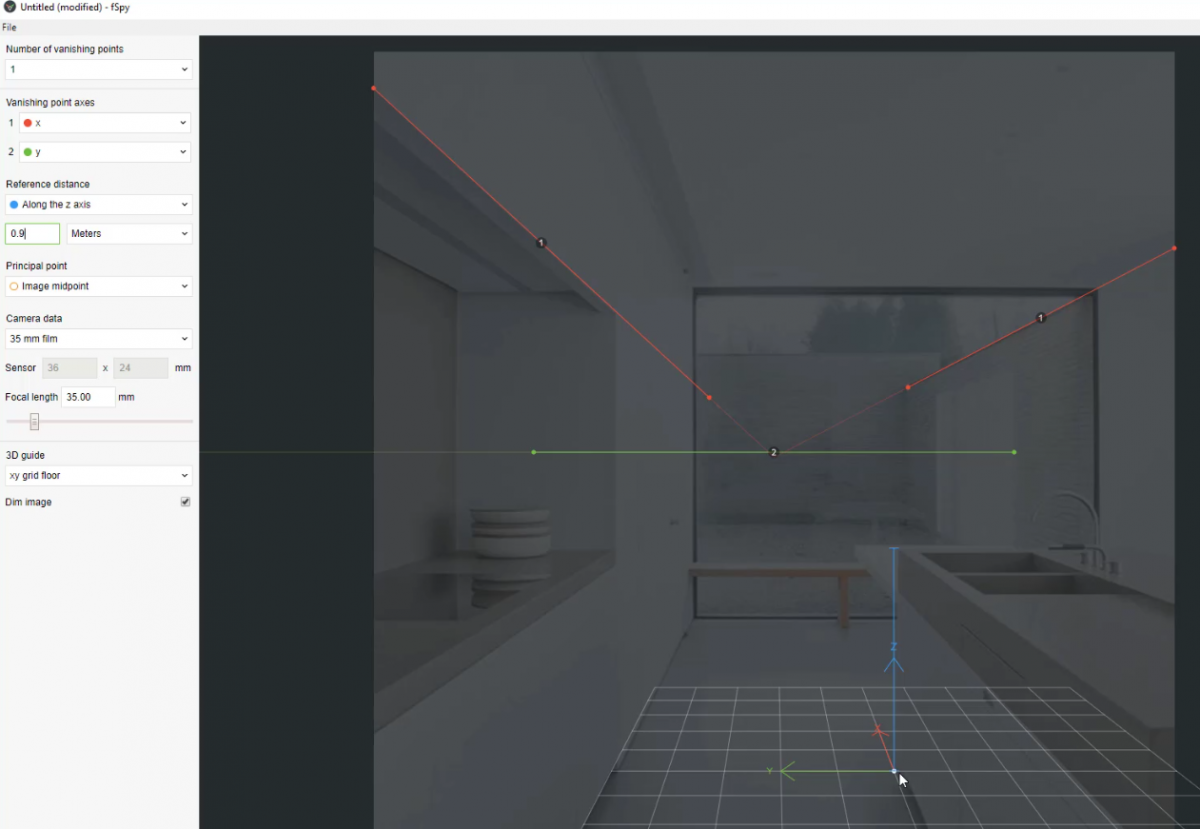 In my example I have skipped this step.

You now have a Blender scene containing a camera with a background image where the perspective matches the photo image perspective. 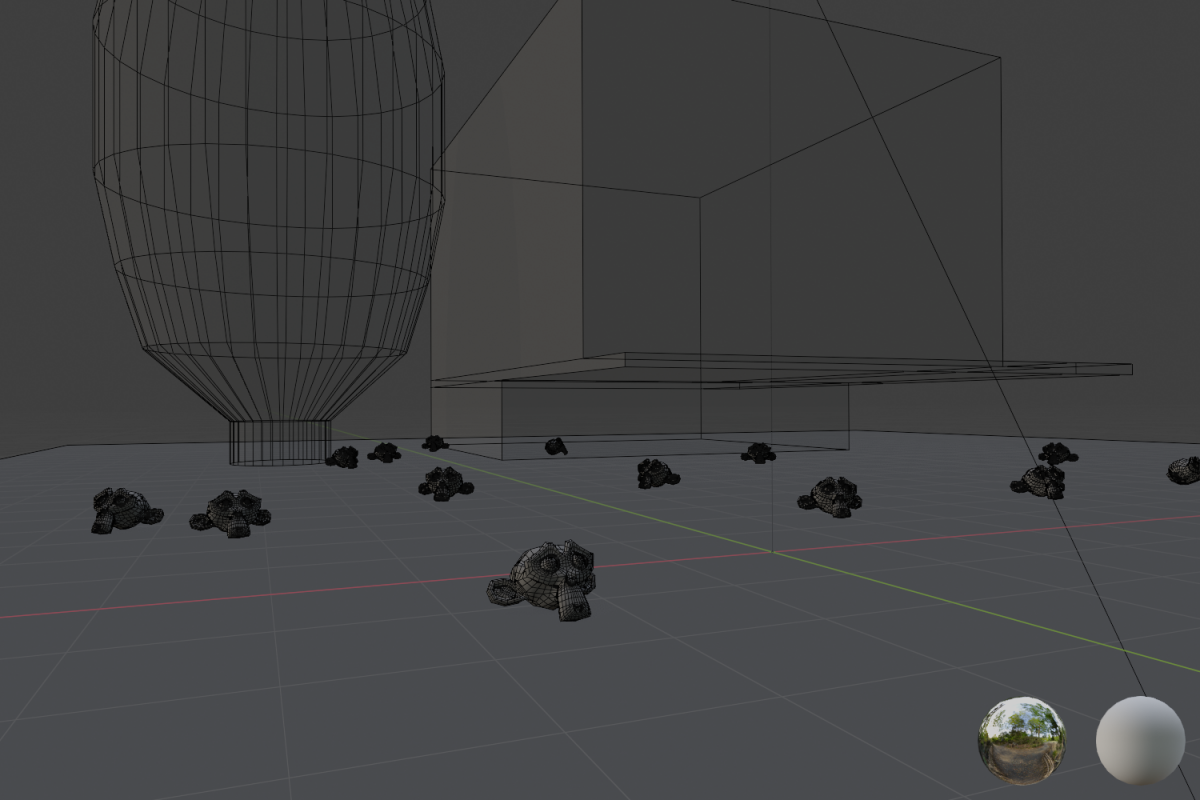 You will need to match:

Shadows are dependent on:

To render the ground plane as transparent yet preserve the received shadows, you can apply a ‘shadowcatcher’ material:

Note the semi-transparent 3D building and tree being used to cast shadows on some of the monkeys.  This has nothing to do with receiving shadows, like we did earlier with the transparent ‘shadowcatcher’ material ground plane.

Don’t forget for transparent materials you will need to set the material properties like so: 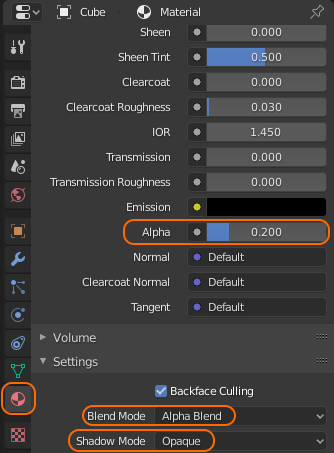 To make the 3D tree and building completely transparent simply change the Alpha value of the material to 0.  Shadows will continue to be cast on monkeys.  Note the tree will no longer cast shadows on the building as the building is 100% transparent. 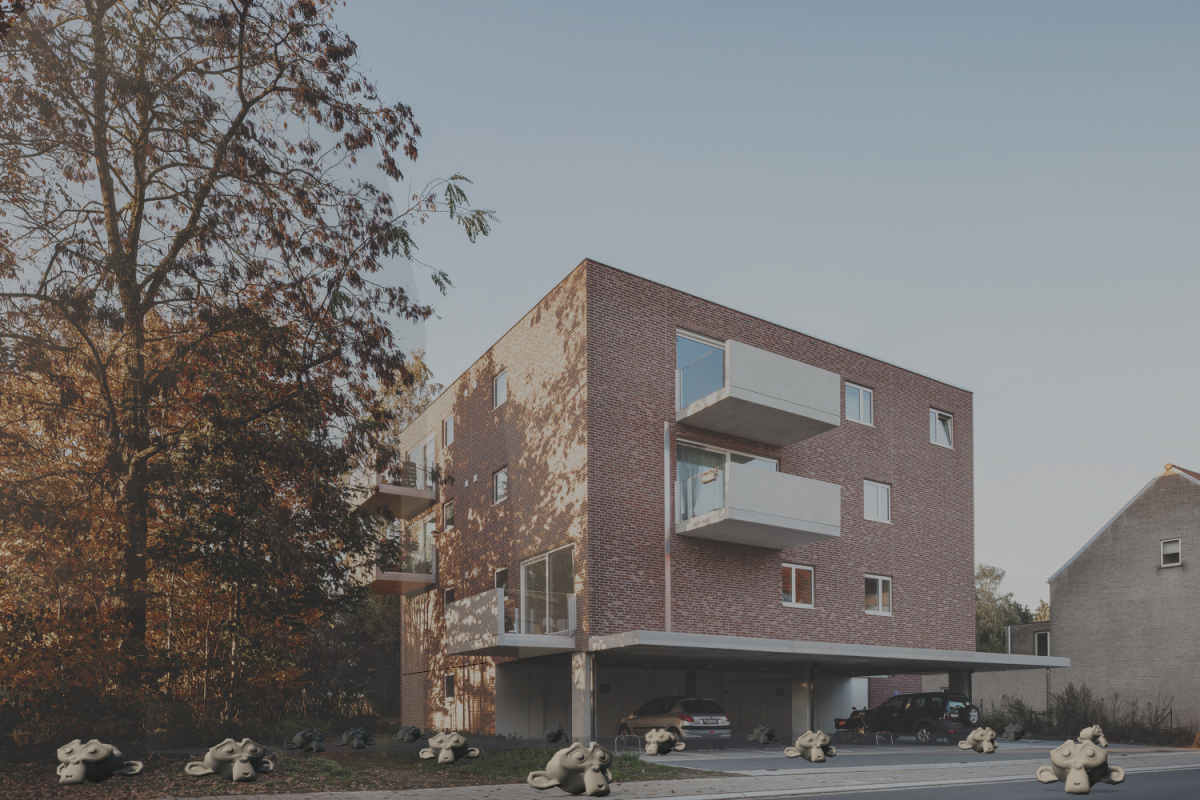 Note the monkeys are 100% identical; same size and same material.

To render both the camera background and the 3D scene, you can use Composer: 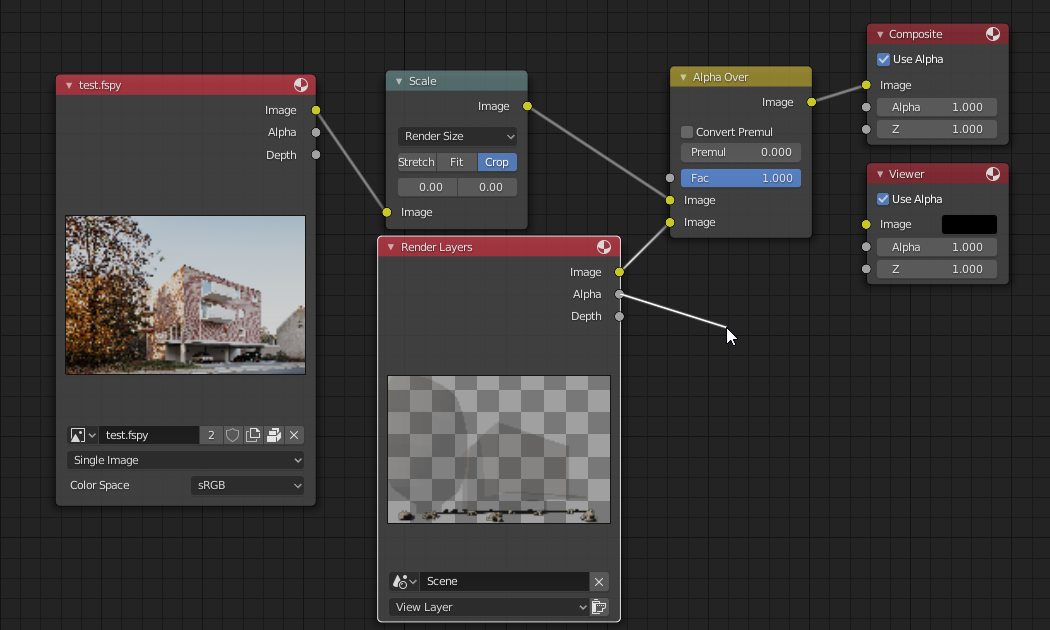 I wanted the 3D tree and the 3D building to cast shadows over the Monkeys onto the shadowcatcher plane so those monkeys look darker than the ones in direct sunlight.  But I didn’t want the 3D tree and 3D building to leave a shadow over the shadowcatcher plane directly as those shadows were already in the photograph.  I couldn’t get this right and instead kept using the viewport render which worked okay. 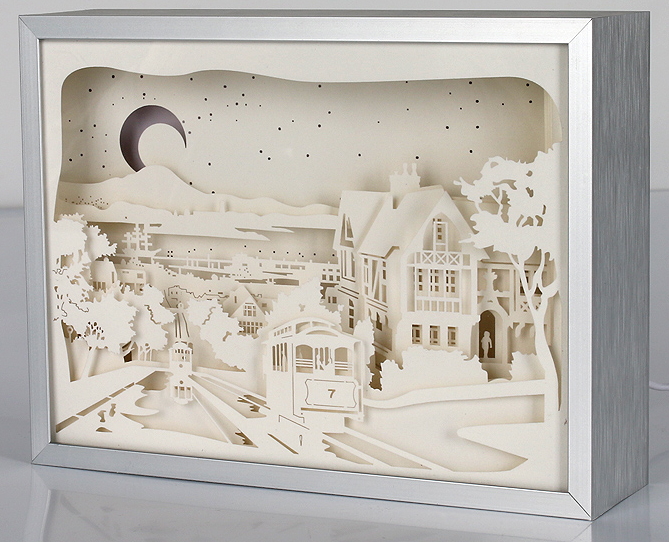 Do not confuse any of this with creating 3D environments using ‘images to planes’ where the camera can move around freely.  Camera matching a still image is where you add 3D objects to a still image.  The existing footage (still image, or even a video) is paramount.

The belief that complex systems require armies of designers and programmers is wrong. A system that is not understood in its entirety, or at least to a significant degree of detail by a single individual, should probably not be built.